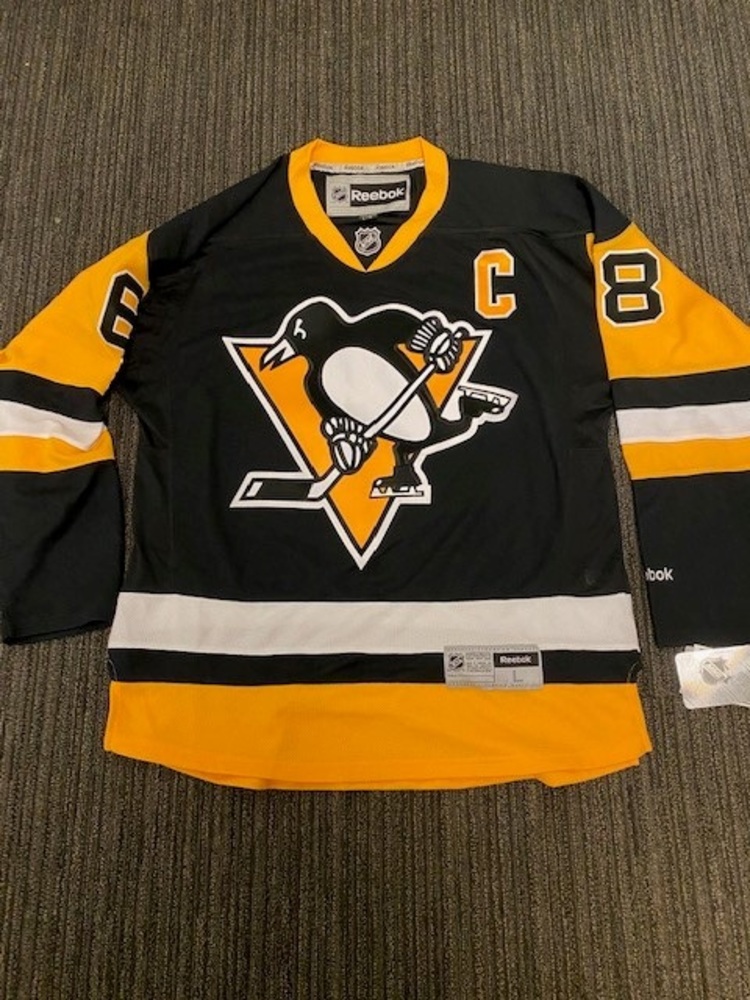 This jersey has been personally hand-signed by Jaromir Jagr, who was named one of the 100 Greatest NHL Players during NHL All-Star Weekend 2017. This jersey was signed and inscribed during the NHL100 celebration that took place in Los Angeles, CA from January 27th-29th, 2017. The event, part of the NHL Centennial Celebration, unveiled the remaining 67 members of the 100 Greatest NHL Players that played predominantly from 1967 through to present. The jersey is officially licensed by the National Hockey League and includes the Centennial Season patch on the sleeve of the jersey

On behalf of the NHLPA, NHL and Hockey Fights Cancer we would like to thank you for your generous participation and support of this worthy cause.

NHL and the NHL Shield are registered trademarks and Hockey Fights Cancer name and logo and NHL Alumni are trademarks of the National Hockey League. ©NHL 2020. All Rights Reserved.

Items will be shipped via Fed Ex or similar carrier.

Shipping cost for this item is:

All winning bidders pay shipping charges and are responsible for all tariffs, taxes, duties and any other additional costs associated with shipping inside of North America.

-If located within the Canadian Territories, please inquire for special shipping quote.
-No Ground Service Available

For auction orders that are won from this same team within a 24 hour period, combined shipping may be applied. Please note, it is at the discretion of the respective team. If any discount on shipping is applied it will be reflected as a refund on your credit card. Please contact our customer service with your Order #’s so we can expedite your request.